Everything you should know about Stardew valley egg hunt

In Stardew Valley, the annual Egg Festival is the first event of the year. For the Egg Festival in Stardew Valley, there is a clear connection between eggs and the event’s theme. It doesn’t matter if you don’t get first place in the egg hunt; you’ll still get something. For several festivals, you can win gifts by completing minigames, such as Egg Festival and the others (including the Night Market and Stardew Valley Fair). Throughout the game’s four seasons, various celebrations occur in Pelican Town. Stardew valley egg hunt most competitive festival is a community staple. Players can participate in the annual Egg Hunt at this event. They can spend some time shopping at a sales booth before getting into the thick of things at the main event.

The First Festival of the Year

Pelican Town in Stardew Valley hosts several festivals throughout the year. There are four festivals in the spring, summer, fall, and winter. In Stardew Valley, the Egg Festival is the first event of the year. The game automatically considers animals fed on festival days, so things are different today. So that they don’t miss the event because they don’t have time to do all their daily chores.

There’s a race to collect as many eggs as possible at the Egg Festival, which pits you against the villagers. If you don’t collect nine eggs in the chosen time, Abigail will win. The ideal strategy for this task is to head south and collect the eggs that spread across the cemetery.

Finally, take the ones near the entrance to the sewers and the river’s edge.” Finally, make your way around the back of Lewis’ house to find two more eggs that should be sufficient for you to win the competition. You’ll get a Straw Hat if you win the egg hunt for the first time, and you’ll get 1,000g if you win again.

How Does The Egg Hunt Work?

There’s a booth selling event-specific merchandise, and you can strike up conversations with the locals in various ways. However, there’s no denying that the Egg Hunt is the festival’s most prominent feature. The eggs have been paint and hidden throughout the city in multiple colors. As many eggs as possible in a given amount of time is the competition’s goal. As many eggs as possible must be found in the allotted time of 50 seconds by each of the participants. 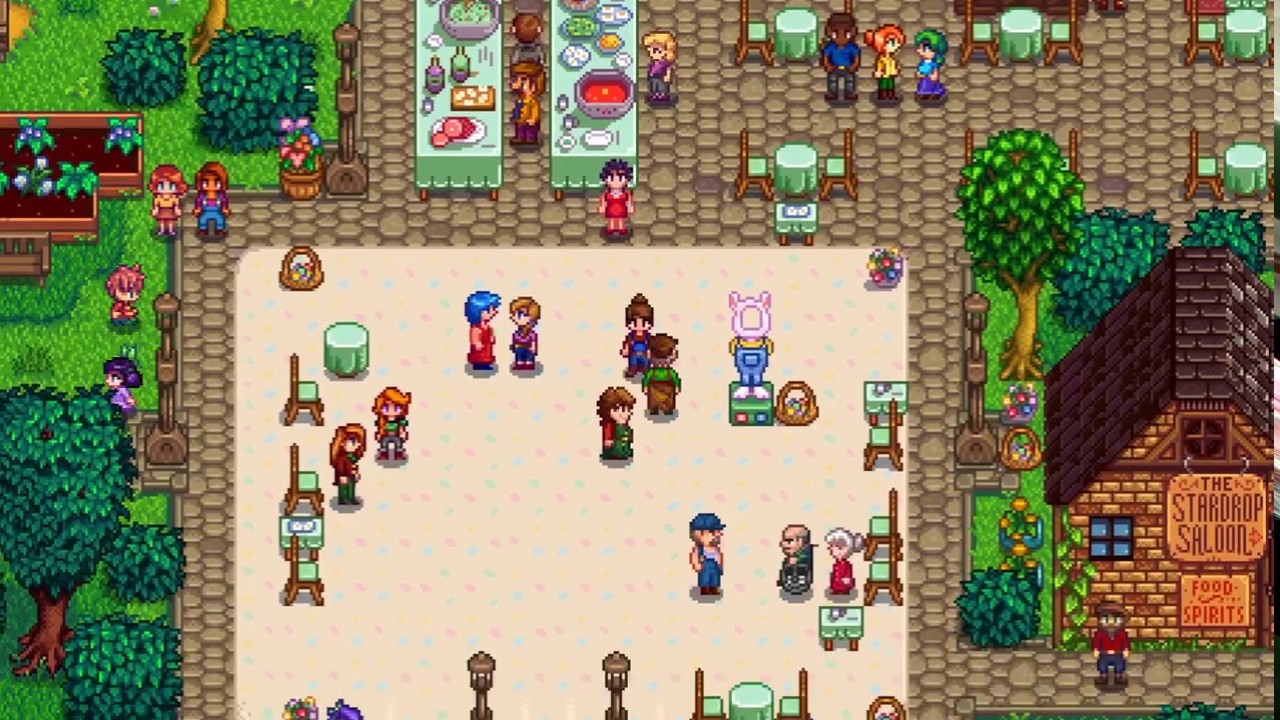 Approximately how many eggs do you require?

A few of the villagers will participate in the stardew valley egg hunt. In multiplayer mode, things get even more intense. Egg Hunt eggs must be strewn over Pelican Town so that everyone can find one.

Stardew Valley’s 10 Best Gifts – Where to Find Them All

Stardew valley egg hunt can be ongoing as soon as the player has finished socializing and shopping with Mayor Lewis. Once the hunt begins, players will no longer be able to interact with the villagers or purchase anything from the merchants. Players will be sent home as soon as the hunt is over. Before starting the main event, players should complete any outstanding tasks.

See also  How to safely store your baseball cards

Talking to Mayor Lewis will get the Egg Hunt ongoing stardew valley egg hunt participants must first be aware of the rules; as many different colored eggs as possible must be collected in the allotted time of 50 seconds. The quantity of eggs required is directly proportional to the number of players. Solo players give a time constraint to collect all nine eggs. Two individuals require six eggs, while three people require five.

In Pelican Town, 27 eggs can be found in the city’s central area. It’s a similar story with the eggs. The following is a list of every egg’s location:

What You Need to Know About Stardew Valley?

This year’s Egg Festival is the first of two such gatherings deliberate for the season. Stardew Valley’s version of Easter is celebrate on the 13th day of spring. The stardew valley egg hunt is the festival’s centerpiece, but players can take advantage of the opportunity to socialize. When: 9 a.m.–2: pm, players can arrive at the plaza at any time; the event runs until 10: pm.

See also  Subnautica Aurora Codes: Best Command Codes to get all the good things out of Aurora Spacecraft

Getting Ready for the Hunt

There will be no hunt when you arrive at the festival. Instead, players will be able to roam the streets of Pelican Town and mingle with the locals. The plaza deck celebrates the colorful eggs people will search for, with food tables and other colorful decorations.

Pierre, who works nearby, has a booth where players can buy various items, the most important of which is a packet of Strawberry Seeds. It is only possible to plant the seeds at this time of year, and they take eight days to mature. After maturing, they continue to produce strawberries. Before the summer, players who plant these seeds on or before June 16 will be able to reap two harvests out of them. The complete set of items is as follows:

If this is the player’s first time winning the Egg Hunt, they will receive a Straw Hat as a prize for collecting the most eggs. Those who have previously won the Egg Hunt will instead receive 1,000 gold. If you’re playing with others, the one with the most eggs wins. Players who collect equal amounts of eggs and a tie are awarded prizes, whether it’s a hat or gold.

What Happens if You Don’t Make the Finals?

Players lose if they fail to collect sufficient eggs to be declared the winner. Abigail will always win the Egg Hunt in this situation. If a player wins their first Egg Hunt, they will only be able to win a Straw Hat the following year. Playing a multiplayer game and having one player distract Abigail while everyone else collects eggs and wins the competition with ease is a strategy that many fans have used.

How Long Until the End?

There is nothing better than a good night’s sleep after a long day of egg hunting and shopping at The Booth. So, how is it possible for the player to leave the Egg Fest? This event will be over as soon as the player decides to meet with Mayor Lewis following the Egg Hunt. After the event, the player will return to their farm, and the in-game clock will reset to 10 p.m. A new Egg Festival will be held each year in the town.

4 Most Exciting VR Games You Should Try

How to select the best casinos with crypto payment options