Relish the Amazing Taste of Most Popular Indian Food Items

Indian foods are widely popular for amazing taste and uses of healthy ingredients. Different types of cuisines are cooked by local Indians in different parts of India. Both vegetarian and non-vegetarian Indian foods are available in all local hotels, restaurants, and even roadside eateries. These dishes are made of various vegetables, cereals, fruits, fish, meat, eggs, and seafood. Apart from regional influence, Indian cuisines also vary according to religious traditions.

Popular dishes to be tasted in India

Chole bhature – This spicy dish is a highly popular North Indian cuisine. It comprises two foods, namely Chana masala made of boiled white chickpeas and Bhature or fried bread made of wheat flour. It is usually served for breakfast, along with onions, green chilies, and pickles. This tasty cuisine is available in all eateries of Punjab and surrounding areas, as it is eaten as a whole meal at a cheap price.

Butter chicken – This dish is called Murgh Makhani in the Indian language, which is a favorite food of all non-vegetarian North Indians. It is a spicy variety of chicken curry evolved in the 1950s in Moti Mahal restaurant of Delhi. Chicken pieces are marinated in lemon juice or yogurt, along with several Indian spices. Then the chicken is cooked with butter, tomato paste, and more spices to form a smooth gravy, garnished with cashew nut paste, cream, and coriander leaves. It is served with bread or used as a filling of rolls or wraps. 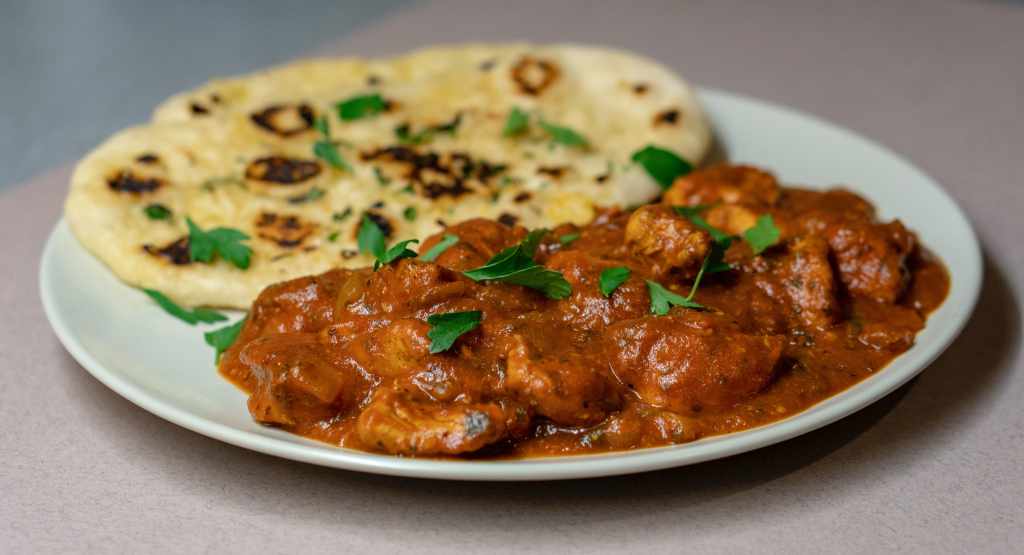 Dal bati churma – This is a Rajasthani cuisine comprising Bati or a type of roasted bread made of wheat flour, and Dal or spicy lentil soup made of different types of pulses. Usually, Chana or chickpeas and Tur dal or yellow pigeon peas are used for making this Dal, adding several Indian spices while boiling the ingredients. It can be served for breakfast, lunch, and dinner, due to its high nutritional value.

See also  Foodie Heaven: How to Eat and Drink Well in Seattle

Biryani – It is a spicy rice dish made of several Indian spices and the meat of lamb, chicken, or goat. In many places, boiled eggs and potatoes are also added for bringing a better flavor. Fish biryani and prawn biryani are also available in many eateries. Biryani is a Muslim cuisine that gained popularity during Mughal reign, as it is a delicious whole meal for non-vegetarians.

Kebabs – Different types of kebabs are cooked from meat of mutton, beef, lamb, or chicken. The meat is marinated with several spices and sauces before grilling under high temperature in a Tandoori oven. Kebab is an Asian cuisine that was widely popular in the Middle East and other Muslim countries. However, it has undergone modifications in some Western countries as well. Kakori kebab is a popular Indian variety that can be eaten even by toothless people due to its soft texture.

Dosa – It is a popular South Indian pancake made from a fermented batter of ground rice and black gram. It is not a spicy or oily food, for which it is a favorite of many health-conscious people all over India. This crispy food is usually served hot for breakfast, along with spicy chutney, sambar, and pickles. Different types of Dosas are available, as per the filling used inside this Indian wrap.

Litti chokha – This is a traditional cuisine of Bihar and Jharkhand. Litti is the small ball made from the dough of wheat flour, which is stuffed with a mixture of sattu or ground gram flour and many spices. Chokha is made by mashing boiled potatoes, roasted eggplant, or grilled tomatoes with different spices to render a tangy flavor.

Tandoori chicken – This chicken dish is made by roasting marinated chicken in a traditional Tandoor or clay oven. The chicken pieces are marinated in yogurt and special tandoori masala, to bring the yummy flavor. This food originated in Punjab and is popularized in Delhi, from where it spread to other parts of India.

Malabar fish curry – It is also known as Malabar Matthi curry, which is a popular cuisine of Goa. It is mainly made by stewing sardine fish with certain vegetables, like okra and onion. Its recipe resembles the fish curry of Kerala, due to the use of coconut milk and curry leaves. It is usually served with rice, bread, or naan during lunch or dinner.

All these mouth-watering cuisines attract lots of food lovers from all over the world. The facility of online Air India ticket booking helps them in relishing the wonderful tastes of these foods in Indian eateries.

4 Ways You Can Trim Your Fitness Costs