Mortal Kombat Vs Dc Universe: Who is likely to win the fight? Read Top Facts to find inside details! 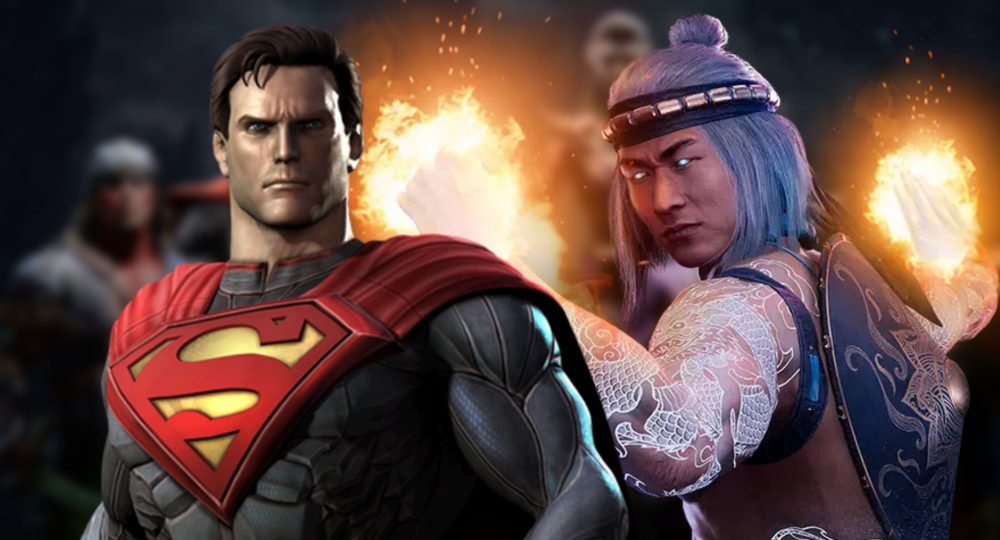 Even though the Mortal Kombat vs DC Universe game series season One has ended, gamers are still all over it on PlayStation, Xbox, and other devices. But fans are also eager to know if there will be a squeal game series?

To inform fans about inside details and unknown facts, today we present to you a brief guide on the topic – MK vs DC. Let’s begin with an introduction:

You have guessed right! It is gameplay wherein the fighting battlefield both popular characters from Mortal Kombat and DC Universe join in. At the dawn of the game, the player had to pick one side – either DC Universe or Mortal Kombat. According to the player’s choice, each level of the game varied. 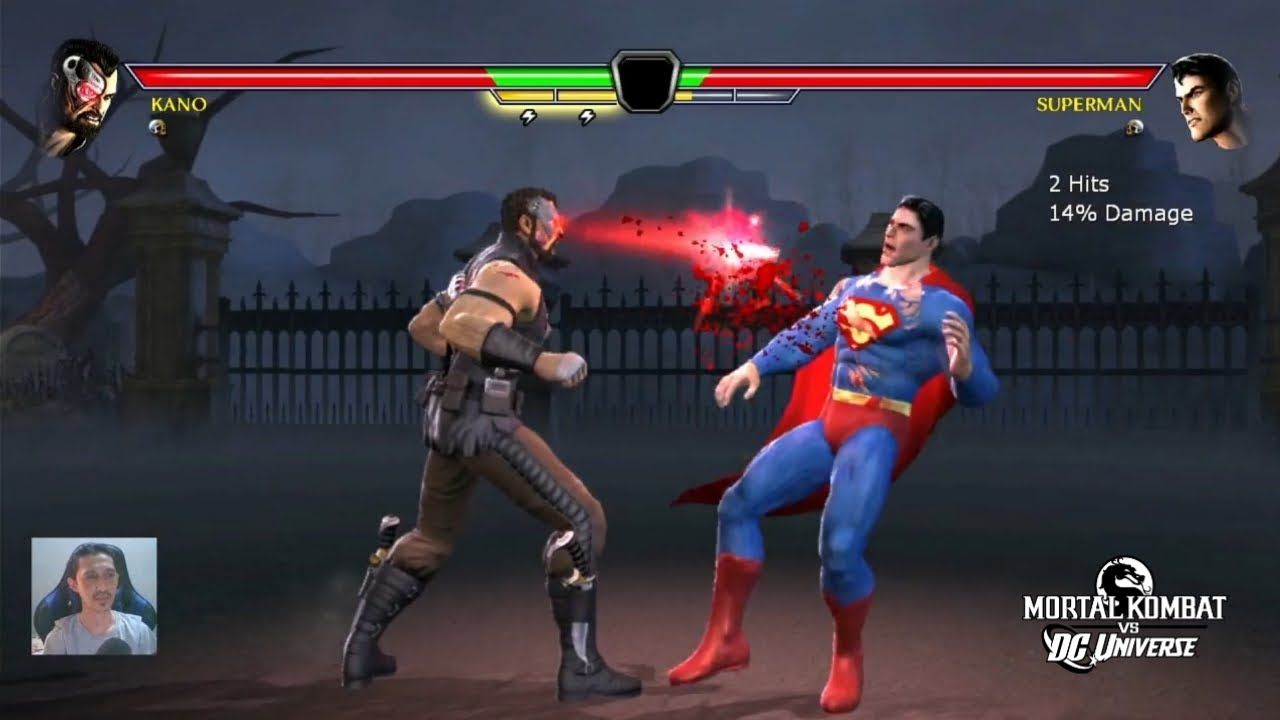 But unfortunately, the game series did not run any further. Midway Games declared bankruptcy. As a result, Warner Bros. interactive entertainment ended up acquiring the series: Mortal Kombat vs. DC Universe.

Thanks to Warner Bros.’s continuation of the Mortal Kombat vs DC Universe game, fans can still enjoy this mix-mash of characters fighting against each other.

If you are a fan of this game, you are going to love and get excited by the following fascinating facts about this game. Let’s begin:

#1: How does Mortal Kombat Vs DC Universe become one?

Even though the Mortal Kombat vs DC Universe title is sufficient to lure in millions of players on the same platform, it is rather creative for developers to figure out a storyline where Mortal Kombat and the DC Universe are on the same ground. If you have been pondering about the same thing, we would like to inform you that Midway Games indeed created a storyline that explains how MK and DC commenced in the same world. Here we go!

According to the backstory of this game series, the Mortal Kombat Earthrealm and DC Universe’s Earth were distinct and far from each other. However, one time, in Mortal Kombat, Shao Kahn invaded the Earthrealm, and in order to stop him from destroying the MK world, Raiden used his special force of light. By this force of light, Shao blasted and went through the portal. However, this wasn’t the end of Kahn. 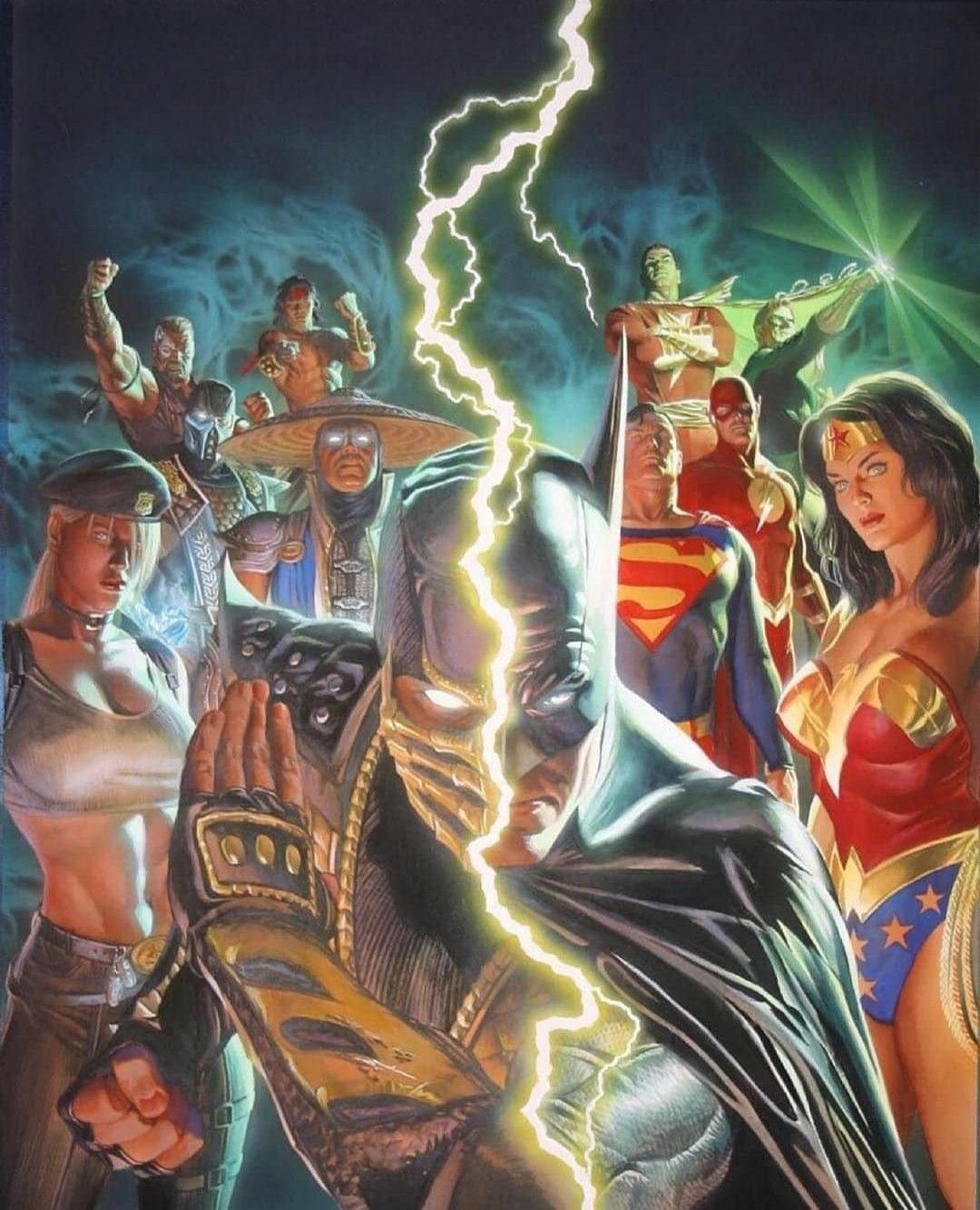 Instead, the storyline says that, in the same moment, in DC’s World, Superman also blasted his enemy Darkseid in order to stop his evil forces using the heat vision. But, because these two blasts took place at the same moment (same nanosecond) in two different universes (Mortal kombat vs DC Universe). As a result, Mortal Kombat’s world merged or infused with DC’s world.

Not only this, but it created a stronger enemy for both universes called Dark Kahn (merge of Shao Kahn and Darkseid).

Believe it or not, this is one of the best and most creative storylines ever!

#2: Which is bigger: Mortal Kombat Vs DC Universe?

If we speak in general, the DC Universe is obviously bigger than Mortal Kombat. Since the establishment of the MK Game series, it has only introduced 77 superpower characters (both positive and evil) in the game. On the other hand, the DC Universe has a count of superheroes and villains over 10 000. So, you can say that if DC vs. MK was a game without any limitations, MK would have lost.

According to the plot and development of this game, there are multiple modes available. Which player plays against which character depends on the mode itself. But, one thing is for sure, you can pick your own character. On the contrary, the game mode picks the opposing character.

#3: Do you know? DC Universe conditioned changes in the game during purchase by Warner Bros.

For the most part, when the Mortal Kombat Vs DC Universe game series commenced in 2008, it was more distinct than it is today. To the reader’s surprise, DC Universe was 100% prepared to sue Midway Games for using its characters in the game. However, during the game’s acquisition by Warner Bros, DC Universe requested some conditions to be fulfilled. What were those? Well! Let’s find out:

According to the inside details, the first-ever version of Mortal Kombat Vs DC Universe game series permitted the action of death and violence by good-and-well-behaved characters like Superman and Captain Marvels. However, this idea was unacceptable to DC.

Therefore, both parties compromised on something they call “heroic brutality.” For example, in the game, Superman has the power move to persistently hit the opposing fighter (from Mortal Kombat) in the head using a hammer. Once the opposing character is down to the ground, MK loses the game. Even though Superman’s action of hammering in the head is brutal and violent, the character only drops on the ground. It is non-fatal. Thus, keeping the spirit of humanity alive! 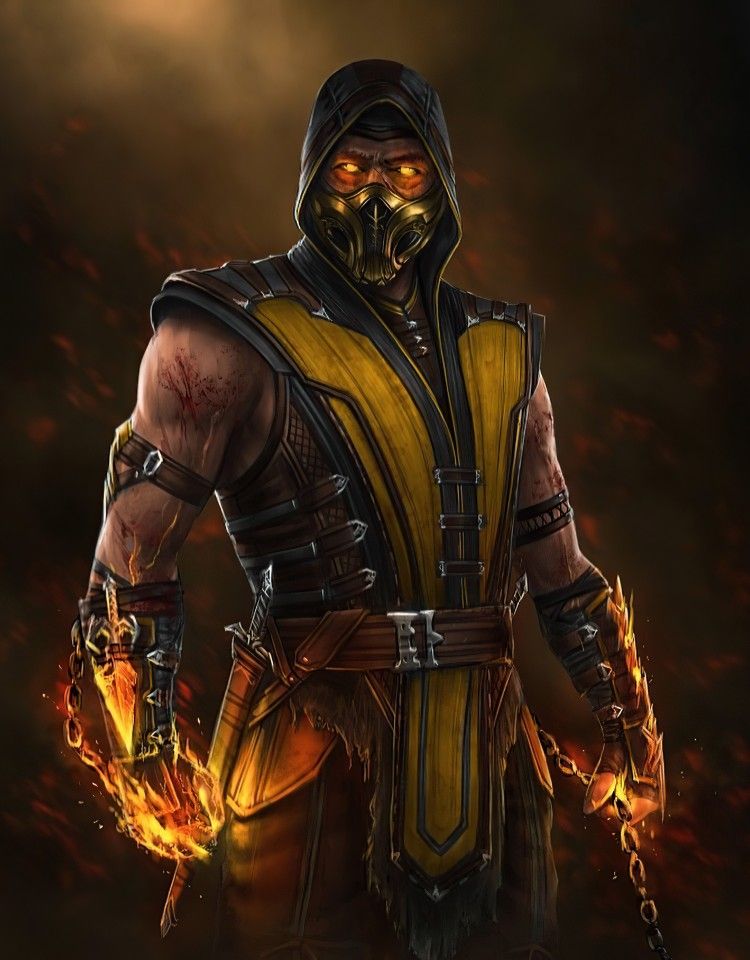 Similarly, DC Universe’s other character, the Green Lantern, creates two magic hammers in the air. These hammers further hit the opposing fighter in the pelvis from both sides without causing him to die. It is another ravishing example of brutality but in a heroic way.

For the most part, the DC Universe put up with this condition for one and one reason only. It wanted to make the game non-violent (least) for teenage players.

#4: Is this game series just a canon?

Too many opinions surround the series – Mortal Kombat Vs DC Universe. Every once in a while, some players out there will call Mk vs DC the worst game by Warner Bros ever. But, how far is this comment true?

One of the major reasons why Mortal Kombat Vs. DCU did not become the best game ever is because of its ingenuity. Not only this, but some fans out there also call it a “canon.” Suppose you do not know what canon means in gaming terms. We have got you!

By definition, the canon term in games stands for “accepted as true, even if it is not.” For example, according to one of the major events in Mortal Kombat version 11, there is a specific scene where the trustworthiness of Shang Tsung is questioned by two characters. Now, in MK vs DCU, the same scene with the same dialogues and debate continues. According to the fans and critics, the scene is so similar with only characters changed that it concludes the entire MK vs DCU game series as a canon.

Indeed, this is not the only scene in MK vs DCU that similarly has been observed by critics. Indeed, “The Joker’s character from DCU villains” also seems to repeat some dialogues that provide the idea of previous crossovers, which are not even in the current series.

Thus, it confuses fans a lot. Did the DC Universe’s characters already know what’s going on in the Mortal Kombat Universe before the merge? How can the Joker give reference to fights which took place in an entirely different universe? Or is it just a canon move to increase the TRP of the game? What do you think? Share in the comments.

#5: DC canceled Harley Quinn, and Doomsday’s come back in the game!

When it comes to the DC Universe, fans do not fear to love the villains as well. From The Joker to Lex Luthor, each villain has gotten more popular in the generation of millennials than any superhero. However, when the DC Universe announced that Harley Quinn and Doomsday are not commencing in the Mortal Kombat Vs Dc Universe, it saddened everyone!

Harley Quinn, a character invented by DCU as a side chick for the Joker, has millions of fans. According to the backstory, the Joker picked Harley and obtained her trust. Later on, against her will, he took her to a chemical plant and shoved her down the vat of chemicals resulting in her transformation. Now she is more insane than the Joker himself. Who wouldn’t have loved her in Mortal Kombat, right? 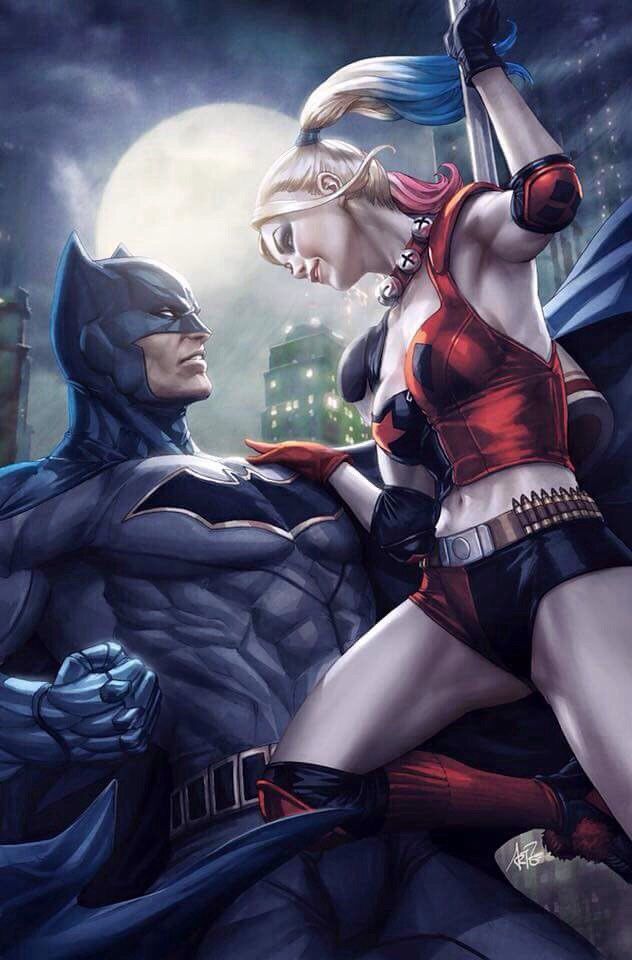 On the other hand, Doomsday is a cyborg and a killing machine. Superman mainly fights him. So, it would have been an outstanding challenge to fight as Doomsday against MK superheroes. Wouldn’t it?

Anyway! DCU canceled the indulgence of more and more DC characters into this game as it is not going anywhere mainly because critics have downsized its popularity to zero, almost!

#6: Where can you play Mortal Kombat Vs DC Universe?

To begin with, unlike multiple online games which are playable on PC and Tablets, Mortal Kombat vs. DC Universe has not been modified that much. Henceforth, you can only play this game on PlayStation or Xbox series.

You can purchase this game online on PS4 or Xbox, whichever device you are using.

Is MK vs DC Universe cross-platform?

The answer is no. You cannot play Mortal Kombat Vs DC Universe with Xbox players (if you have PlayStation) and vice versa. Because the game version is a lot older, such high-end features as cross-platform support are not available. On the contrary, MK vs DCU is reverse compatible. For example, you can play MK vs DCU without exploring or completing MK11 or MK9 first.

Is there a squeal coming?

It is rather shocking that fans want the sequel of Mortal Kombat Vs DC Universe to commence, even if they consider it the worst game of all time. It has less than a 7 rating on IMDB. According to the inside details, Warner Bros. was allegedly planning a sequel back in 2016. However, during an interview, the developers cleared the air by saying it was just a rumor.

So, to all the fans of MK vs DCU out there, quit researching because the sequel of this game is not happening anytime soon.

However, if you love the idea of Mortal Kombat against the DC Universe, you will also love to explore Mortal Kombat vs Marvel Universe. It is another fighting crossover game series by Warner Bros. like DCU crossover. It has many critics.

Are you putting all your time into coming to the end of Mortal Kombat vs DC Universe? Well! After exploring the entire game, one thing is clear, the game’s ending is definitely creative and thrilling. According to the storyline, in the in-fusion world, DC and MK characters shake hands to fight and destroy the enemy, Dark Kahn. As a result, when Dark Kahn dies, both Mortal Kombat and the DC Universe separate from each other.

But, there is a twist! Darkseid goes into the Mortal Kombat’s world. Whereas Khan remained hostage in the DC Universe. 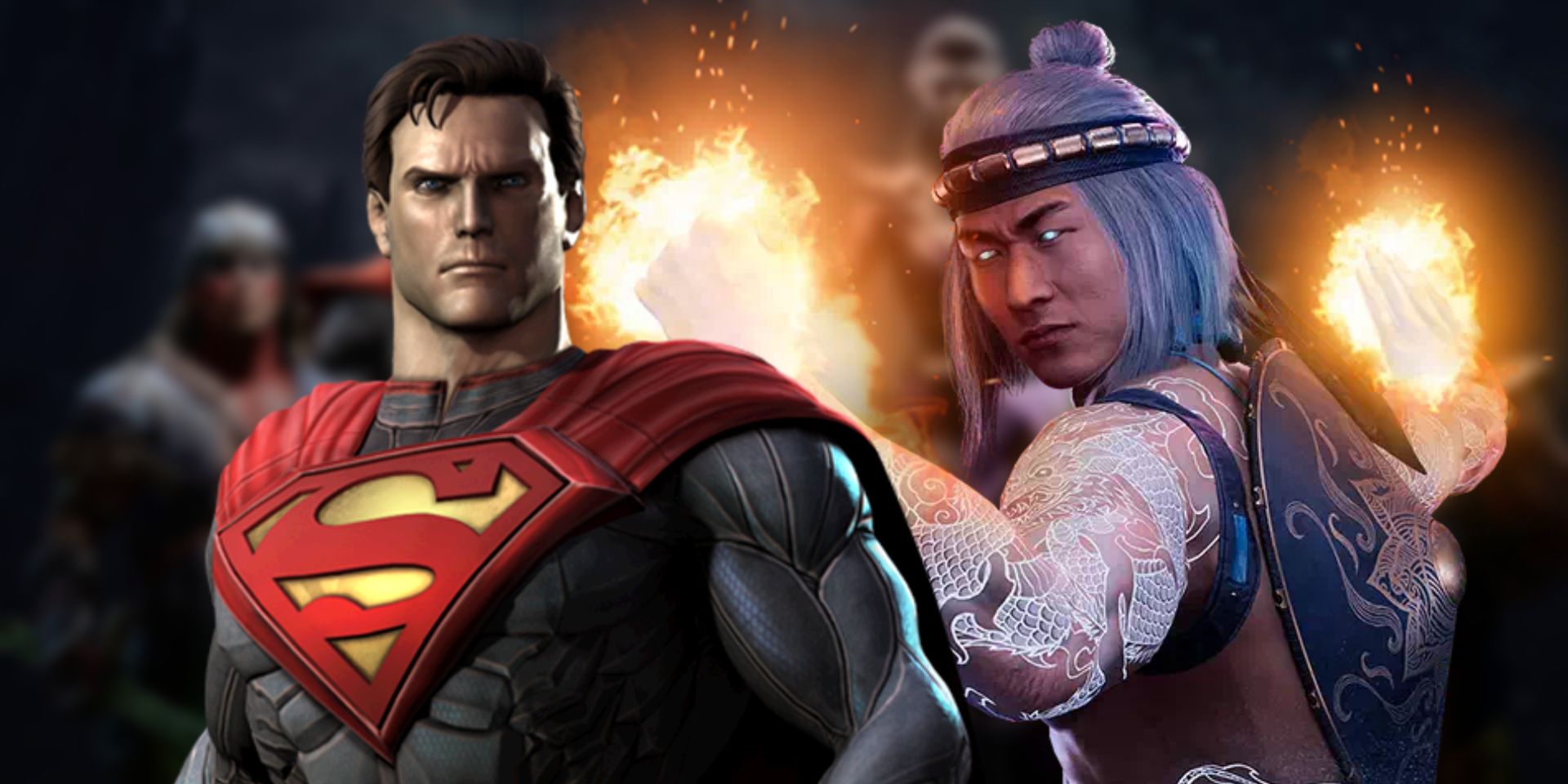 In simple words, both major enemies are alive and powerless because of their swapped worlds. If this isn’t the most non-violent and deathless ending, then what is!

So, we hope that you enjoyed this journey of knowing the merge of Mortal Kombat and the DC Universe with a close look. To play this game online, download it on PS or Xbox. For more information on this gaming series, drop your questions (spoilers/alleged rumpus) in the comment section. Thank you for reading with us.

What Is a Tankless Water Heater?