Premise to Pollen Mobile: Why the Internet Won 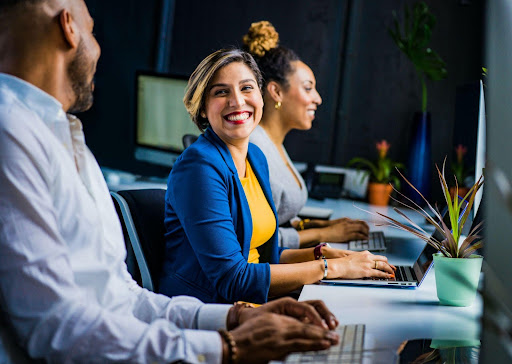 Many aspects of modern life stem from the internet. This vague idea of a network of devices is strange if you boil it down to its essentials. Sending data back and forth between machines is a bit strange, even stranger considering the distance. Whole communities of people and friendships that last a lifetime are built on this phenomenon, which at its core is just a set of laws for how things sent from one machine are read by another.- Pollen Mobile

Without delving too much into the early military-industrial foundation of the net, it’s always worth considering how we got here, and then we can take a hint for the future of the internet. Even though the internet had humble beginnings, the rules created by scientists and contractors decades ago are still paying dividends today.

The rise of the internet started with people proving you could send data quickly and accurately across a huge nation. Scientists and researchers hooked up a strange set of devices outside a California beer garden (an open-air bar, for the uninitiated). A woman at a keyboard typed at a computer terminal that had a whole heap of wires running to a nearby van, which transformed them into packets.

Packets were broadcast to an antenna, from the antenna to an office building, and so on. Eventually, the same words typed in California could be reassembled in Boston. The major technology here was simply a method of translating different forms of matter.

From words came radio, from radio electrical signals, and from then back to words. Much of this information comes from a 2016 article by the Guardian found here: https://www.theguardian.com/technology/2016/jul/15/how-the-internet-was-invented-1976-arpa-kahn-cerf. The Guardian is a British newspaper, and it speaks volumes of the ingenuity of this initial digital translation that we can now know about this from anywhere. A person sitting alone in their bedroom with a smart TV, phone, and computer is witnessing this stunning transformation every single day without a single human thought actively managing it.

See also  YOU WANT TO INCREASE YOUR FOLLOWERS? KNOW HERE HOW IN DETAIL!!!

From Technology to Trend- Pollen Mobile

Fads are a common occurrence in any city. But before the internet, a fad could reasonably stop where humans weren’t living. A country home had nothing but a phone normally to connect it to the nearest town, and while that was an impressive feat of engineering as well, you can’t send anything complex or expensive over a phone call.

Anyone who remembers using the early net knows how much of a pain it was. Pages could reasonably take minutes to an hour to load depending on the complexity of the information sent. Loading bars and dial-up noises were a ubiquitous sight in any home that had this latest, strange, networking technology.

Yet the spread of the internet has always been a matter of acceleration. When one home gets connected, it starts to be much more useful to those around that home to acquire it as well. But, given the range of acceleration for a home here is dictated by waves and electricity rather than walking speed, it makes a lot of sense that this would spread fast.

Why did the internet spread so quickly? Many people claim to know the answer but really I think the best answer is that people just like it. Opening up infinite possibilities regarding the acquisition of knowledge and transferring of data like family messages and gossip is easily something anyone can get behind. It’s super neat to type something in after getting a new shiny modem or router and see a response from someone who could either be 2 miles away or across the world.

Fundamentally, the internet continues to find new ways to be novel in that manner. You can go with a standard internet service provider for this, or you can find a more individualistic source like the blockchain-based Pollen Mobile for your connection. Either way, you choose who to associate with and it happens. The true scale of this technology is hard to fathom. The internet is often depicted as lines from node to node, and while this is an easy way to visualize this, the reality is that a line from your node is going in so many different directions that minds from the pre-internet era would be boggled at the potential.

Conflicts around the world are stoked or “solved” in seconds using the power of botnets, DDoS attacks, and other similar techniques that are intrinsic to the way the internet works. Is the future of the internet built out of bots that spam your messages, or can we continue to innovate a way to make this means of connection a truly unique success?

Many industry innovators and researchers have been asked this question or a derivative of it for one reason or another. Click here for a great summary of their thoughts. Opinions vary as they always do, but the outlook is generally positive. Dialogue between people can be bad, but if it’s done right the potential for change is immense.

Imagine the origins of this technology: a van in a beer garden surrounded by people cheering that their invention works. It’s not a strange statement to say that these moments are both more common and easier to see thanks to the internet, and I think that alone is worth the hazard.

One day Filmora can boost the creator economy