A guide for beginners about the path of exile classes

Path of Exile is one of the popular free-to-play action video games of the industry. The game is developed and released by Grinding Gear Games. Keeping in mind the open beta phase, the game got released only for Microsoft Windows. The date of release was in October 2013. Well, the PlayStation 4 version was launched in March 2019. One of the most important factors to play and win the game is the path of exile classes.

But growing demand for Xbox games is encouraged to launch Xbox One version of this game. The release happened in August 2017. You need to select it very carefully. 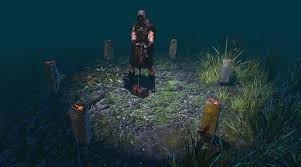 Path of exile or POE for the new players: Know the Class

Do you know that POE is completely free ARPG? There is no need to pay if you are in a mood to win some elements. You can compare the same with Diablo 2 and that too in various ways. We will share a guide for the beginners, which will help in a better understanding of the game.

So, the initial choice that one needs to make in the Path of Exile is about class. It means the type that you will choose to play. You will come across six courses during the start of the game. And again, at the time of unlocking the campaign.

Before selecting your class, plan for the fantasy role you wish to fulfill. You can choose, sling spells, bashing of zombie’s head using any type of hammer or others. Some classes, perform well in one area compared to the others. So, get an idea first about all three playstyles you’d prefer to excel in. It will help in the process of class selection.

Advantages of each POE Class:

So, all six classes in POE have a specific stat related to them. Let’s take an example.

Time to take a note of the stats to know which class excels where.

The specialist in swords and axes is the Duelist. He takes advantage of Dexterity and Strength mix attacks for avoiding damage and hit hard. His previous skills give him the advantage, to select between either attack speed or raw damage.

The Marauder, as already mentioned, is very tough to kill. He can deal with heavy damages using mace-like weapons. Marauder has access to two-handed melee skills, which is very powerful. He also has access to defensive skills close to the starting location of the Passive Skill Tree.

The Ranger makes use of bows for all her damages. She loves to make attacks fast and that too from a safe distance. Well, she is good to invest in attacking speed and complete evasion fast in the game.

The Shadow is using daggers or claws for fighting with any weapon or other magic abilities. He is capable to invest, in the Chaos magic and can attack speed soon in the game.

The Templar is using big sticks for bludgeoning the foes or for attacking them using spells. He is good to invest early in magic as well as physical defense skills in the game.

The Witch is efficient in battling with wands or the scepters. She can defend against high spell damage making, critical attacks. The Witch is efficient to invest early in spell and Minion skills. Once you play through the campaign and end up rescuing the Scion, you will get access to the 7th class in POE:

Stats of the Path of exile scion are complete even, and she begins right from the mid of the Passive Skill Tree. She is like a blank slate for the player to create any type of Path of exile builds player choose. All because of the even stats of Scion, she is one of the strong class to pick up

Other than Stats, the selection of your class also decides the Passive Skill Tree daunting location start.

Path of exile classes – A brief on the Passive Skill Tree:

Similarly, the Passive Skill Tree gives bonuses for the player character. Every time the player level up, he/she gets an opportunity to choose a new skill node and expand the tree. The class which a player selects decides his/her starting node. As a player, you will not get the scope to change where you begin once you picked the class. 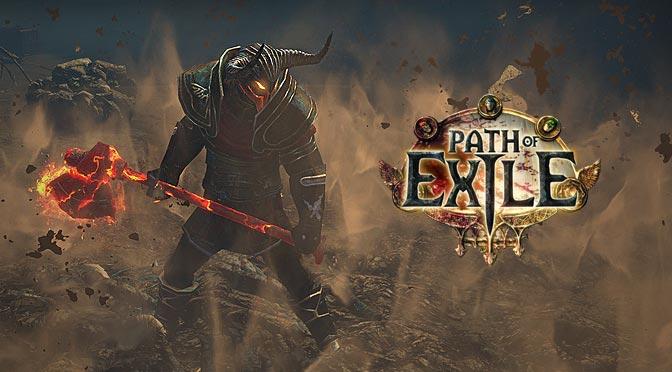 So, the player gets the scope for changing the path and hit the other class’s Passive Skill Tree zone. A Templar does have the right to reach the Marauder’s passive area to claim the skills. Well, Templar needs to spend much more points for getting the Marauder area compared to what the Marauder does.

See also  How To Get Unlimited and Free Fire Redeem Code Generator?

Yes, there is an exception, and that is the Scion. The Scion can begin from the mid of the tree and can move off very quickly to any other class trees.

Any class empowered in the game to use any ability. Some advanced classes have specific types of abilities, which are more powerful.

After completion of Act 3, players may unlock access. Well, The Labyrinth is a random dungeon having the unlocking ability to advance a player’s class and may move towards a specialty. Every class consists of 3 different Ascendancy classes to select. There is one exception, and that is Scion, which is having only one class.

Similarly, each class has a respective Ascendancy tree. These trees give special playstyle bonuses, for example like increasing elemental damage, minion, or totem damage.

Is there any specific class best suitable for the beginners in the Path of Exile?

A class’s base stats decide the ease of application in the Path of Exile. It is not dependent on the abilities Path of Exile best class 2020 use. The Ranger, as well as the Witch, are the two safest classes. Both of their starting stats support to deal with massive damage from distant places.

After that, in case of trade-off, the player may die very soon if the enemy gets closer to you. The great classes are there to start, but only if the player is confident in his or her ability to fight enemies.

Similarly, all three need to fight with enemies during the early stage of the game in close quarters. Despite staying closer to the danger, they can survive more compared to ranged characters.

Path of exile classes – For players in the beginners’ stage:

The reason behind the recommendation is that both classes are strong enough to get killed. So, are you ready to play this game of Path of Exile? Follow the class guide above and enjoy the game.

Knowing the halo games in order of its chronological release date